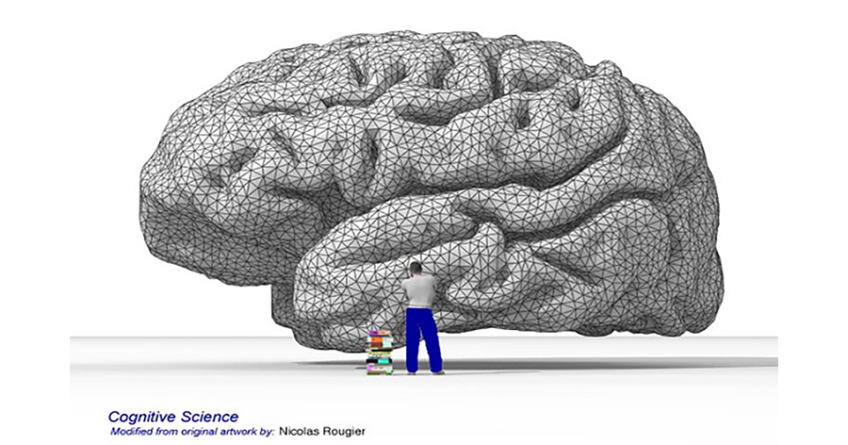 I ask the question because I genuinely don’t know the answer. However, I have my suspicions. It would seem to me that the best we can learn from cognitive science is the attempt to understand the mechanics of the mind at a simple level. However, science being a reductive approach to looking at natural phenomena we are on rocky ground when we look at human thought. The basic tenants of cognitive science are that we can understand the mind as a machine. It must be a predictable and deterministic mechanism of some kind even though we don’t know how the parts of the machine work. This kind of black box approach to the human mind is so full of hypotheses and philosophical arguments that it is hard to know where to start.

However, let us be generous and say we can learn something from cognitive scientists. It is probably best we limit our reach and narrow the search for answers to fairly simple problems that give themselves up to study easily. In this regard, the recent fascination with memory amongst educationalists is perhaps fitting. If we judge our educational system on the basis of what we can recall in tests then the mechanics of memory is emphatically a mechanism we would do well to understand.

What works when trying to learn or teach pupils an idea? Let us not over complicate things and call the idea a simple one like how to spell a word – “future”. My son is doing just that this week. He gets his test on Tuesday after having been asked to learn and write out twenty similar words – ending in “ure” over the previous week. He has written the words out on six separate occasions – three really as he cheated. This must have taken him about 10 – 15 minutes in total. He spelt “future” wrong the third time and this started a dialogue with me. As well as, pronouncing the ending together we started talking about the words. He was fascinated by “lure” which he had not used before. I have no doubt he will do quite well at recalling those words and they will live in his memory.

All of this ties in with Professor Daniel Willingham’s work referenced by Nick Gibb in his recent speech on the importance of an evidence based profession. We remember ideas when we think about them more. Just repeating them does not work as well. His phrase is “memory is the residue of thought”. I think it is a lovely way to express how my son is learning.

Whilst I agree with the premise I have my suspicions that different people will get different things from the notion. I can hear people shouting at the screen – “so that means rote learning doesn’t work”. I can also hear others screaming – “we must repeat tasks again and again to commit ideas to long term memory.” All of this becomes an argument about the mechanics of the mind.

I think what we forget in all of this is that we are teaching pupils the ideas that govern our understanding of the world. This is not about committing disconnected facts to memory in the hope we may recall them at a later date – although there is nothing wrong with that. What we are trying to do is allow pupils to take part in a conversation about how we understand the world around us.

Looking for tricks to ensure we can help pupils commit ideas to memory is a stunted and limited view on what we are doing. What we need are teachers that know the importance of the subject they teach and who are serious about passing on that knowledge. This is a very particular and powerful way of asking the pupils to think about their work. It is my contention that engaging pupils in this conversation is the most powerful tool we have of allowing pupils to learn both the details and mechanics of our understanding of the world. That is why the it is the importance of the pupil – teacher conversation that would seem the most powerful tool we have for teaching pupils. That conversation is about the knowledge we have of the world best described through subjects.

I think cognitive science has much to learn from education – not the other way around!